A new prince has officially been welcomed into the British royal family.

Duchess of Cambridge gave birth at the exclusive Lindo Wing at St Mary’s Hospital in Paddington on Monday, April 23 at 11.01am. The royal family are said to be thrilled with the news of the birth, with the Queen having been informed of the arrival of the fifth-in-line to the throne first. And big brother and sister Prince George, and Princess Charlotte, were some of the first to meet their new brother. 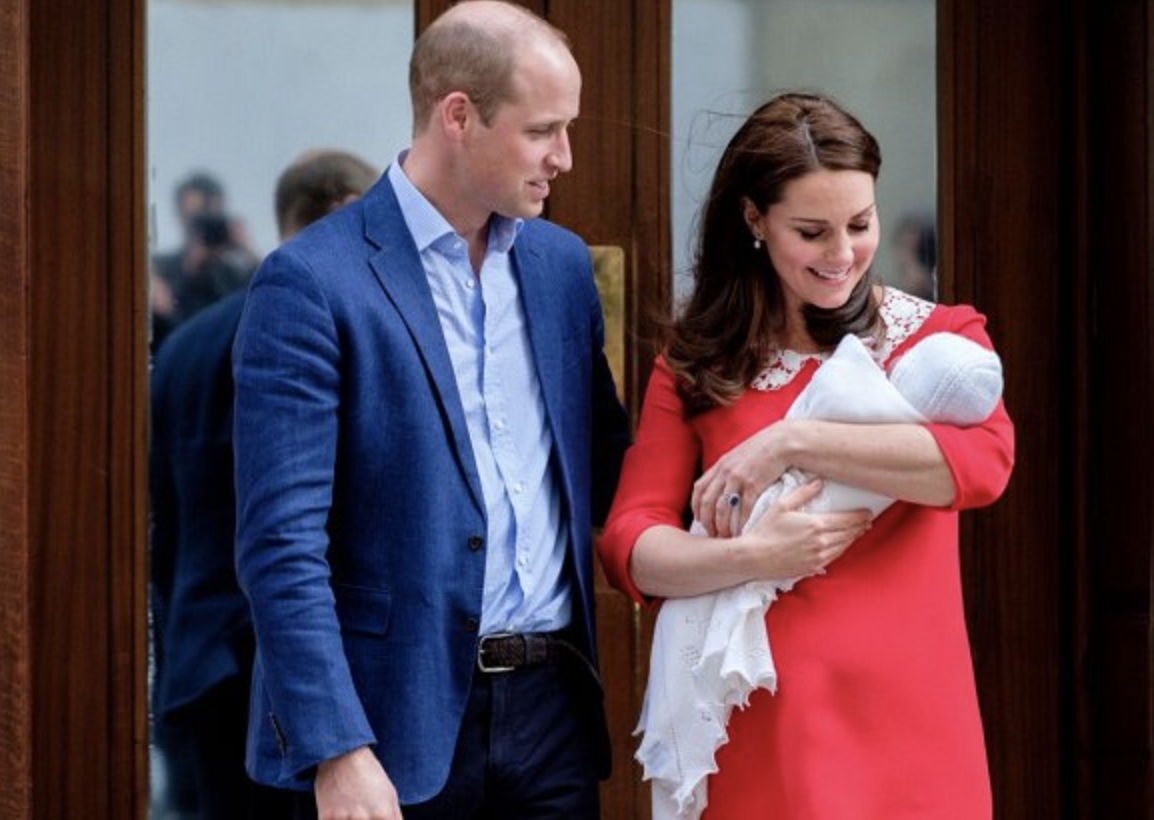 Kate Middleton wore this gorgeous red dress by Jenny Packham as she introduced her third child to the world. She was the spitting image of Prince William’s late mum Diana after the birth of Prince Harry in 1984. She paired the gown with a classic pair of classic court shoes by one of Holly Willoughby’s favourite designers, Gianvito Rossi and the Queen’s pearl drop earrings to finish the look.

After much speculation, Kensington Palace has announced the name:

“The Duke and Duchess of Cambridge are delighted to announce that they have named their son Louis Arthur Charles,” Kensington Palace announced Friday. “The baby will be known as His Royal Highness Prince Louis of Cambridge.”

Taken from the Telegraph